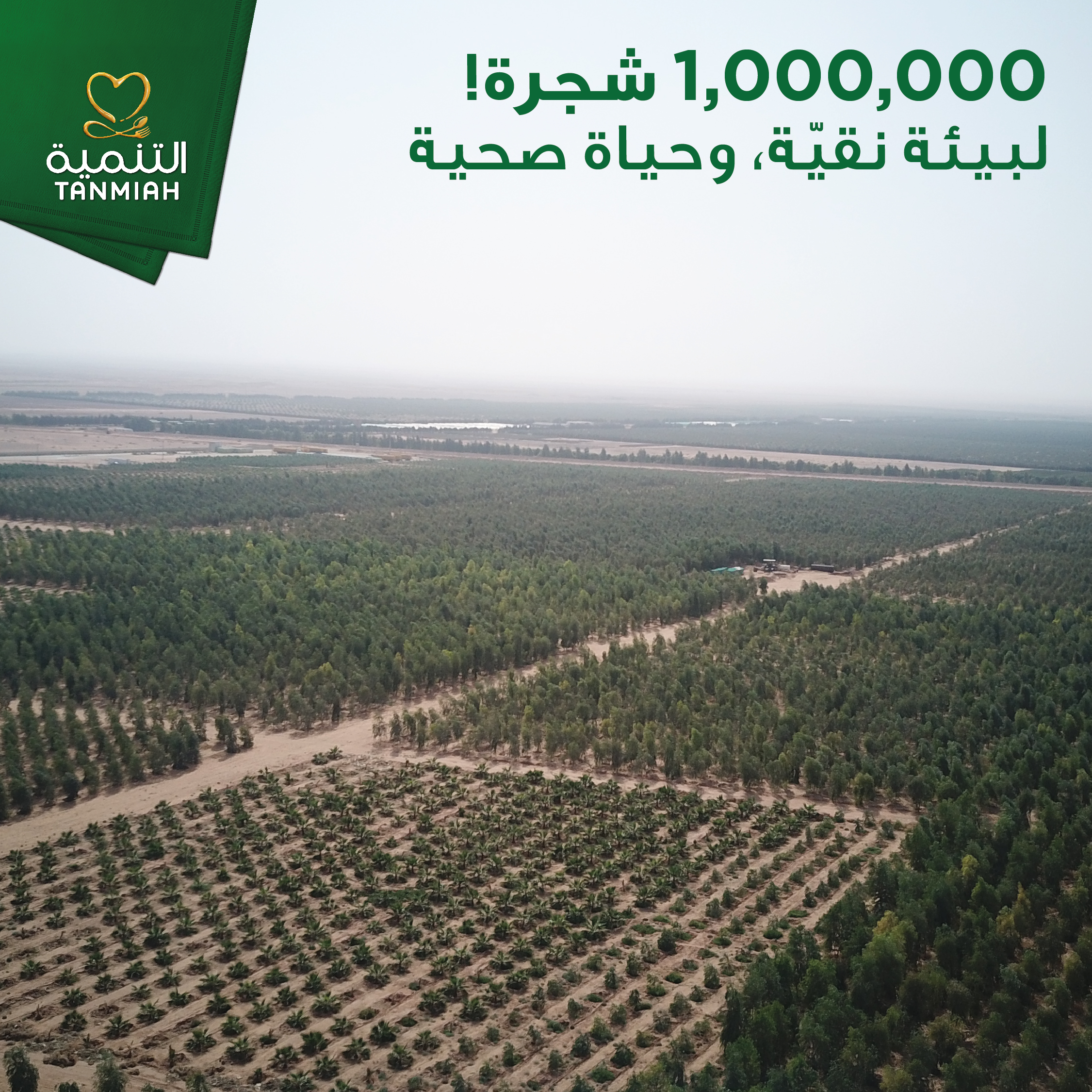 Tanmiah Food Company (“Tanmiah” or the “Company”, 2281 on the Saudi Exchange), a market-leading provider of fresh and processed poultry and other meat products, animal feed and health products, and a foods brand franchise operator, has announced its results for the nine-month ending on 30 September 2022, with a 35.6% year-on-year (YoY) increase in revenues to SAR 1,525.4 million.

Meanwhile, the gross margin improved to 24.1%, up from 22.5% during the same period last year, while EBITDA of SAR 185.9 million (+61% YoY) yielded a margin of 12.2%. Net profit went up 144.9% YoY from SAR 25.9 million to SAR 63.5 million, underpinned by a continued increase in sales volumes, supported by Tanmiah’s sustained production capacity expansion and rising consumer demand for domestically produced fresh poultry.

“We concluded the third quarter with a robust growth in both the top and bottom line, thanks to our sustained capacity expansion plans and favorable market conditions, in addition to our ability to meet customer’s changing demands through the diversity of offerings within Tanmiah’s extensive portfolio.

Our position as a leading regional poultry player, the rising popularity of many of our products, and the government’s continuous support towards promoting domestic food production and self-sufficiency have cushioned us from turbulent changes in commodity prices. It has also enabled us to firmly control our pricing structures, thus improving margins for the third consecutive quarter.

With the recent completion of our landmark deal with Tyson Foods, we look forward to beginning the next exciting chapter in Tanmiah’s story. This strategic partnership will not only open doors to many future growth opportunities and create significant value for all stakeholders but will also further solidify our leadership in the market by promoting substantial improvements in scale, geographical presence, and operating efficiencies, as well as provide us with access to advanced and innovative production techniques.”

“Tanmiah’s rapid growth within the food sector reflects our ambitious goals to become the pioneering company in promoting food security and self-sufficiency to support Vision 2030, and the objectives of the Ministry of Environment, Water and Agriculture, by implementing the best practices in terms of production and sustainability. Furthermore, our entry into the global Halal market, by attracting global investments to the Kingdom, will enable the transfer of knowledge, localize jobs and local content, and contribute to enhancing the sector’s competitiveness, and the competitive advantages of local products, that are “Halal and Saudi Made” for export of our products, capturing opportunities in growing global halal market. This will contribute to our sustainability goals and maximize profit for shareholders, whilst providing the highest level of quality for customers and consumers.”

Tanmiah announced nine-month revenues of SAR 1,525.4 million, up 35.6% YoY from SAR 1,124.8 million. The growth in the topline performance was predominantly due to the expansion of sales volumes across the Company’s portfolio of product and service lines, particularly fresh poultry and feed and animal health segments.

Fresh Poultry sales, the most significant contributor to Tanmiah’s revenues (69%), increased 36.3% YoY in 9M22 to SAR 1,057.6 million from SAR 775.8 million during the same period last year. The segment’s positive performance is supported by Tanmiah’s sustained production capacity expansion plans, which are underpinned by strategic government initiatives to enhance poultry production and a continuous rise in local consumer demand for fresh poultry.

Further Processed Products, representing 19% of the Company’s total revenues, increased by 16.9% YoY to SAR 290.1 million during 9M22. This comes on the back of growth in demand from the food service channel, which thus led to an increase in sales volumes.

Animal Feed and Health revenues grew by 60% YoY to SAR 161.1 million from SAR 100.7 million, primarily due to increased demand for animal health products and equipment.

Food franchise operator revenues amounted to SAR 16.5 million in 9M22, with Q3 representing the third full quarter since the launch of the Company’s food franchise vertical. During the quarter, Tanmiah opened 3 POPEYES® stores in the Kingdom, bringing the total to 13 operational outlets as of 30 September 2022.

Tanmiah ended the period with SAR 125.4 million in cash and cash equivalents.

Capex decreased from SAR 87.8 million in 9M21 to SAR 82.7 million in 9M22. The planned capital expenditure in the next five years will focus on ramping up feed milling, primary processing, and further processing capacities, enabling the Company to seize new growth opportunities.

Tanmiah remains on track to achieving its ambitious growth plans, which include expanding its production capacity for fresh poultry and further processed products and developing new and innovative products and services that cater to the changing demands of domestic and international consumers.

The Saudi government continues to implement various initiatives to reinforce the local poultry sector and achieve self-sufficiency in food production. For instance, according to the Ministry of Environment, Water, and Agriculture, the Kingdom is looking to localize 85% of the domestic food industry by 2030. The Public Investment Fund has also recently announced the launch of Halal Products Development Co., which targets localizing the halal industry in the Kingdom, covering sectors such as food, pharmaceuticals, and cosmetics while enabling Saudi companies to expand into global halal markets. In addition, the government is planning to invest SAR 17 billion towards expanding domestic poultry production to achieve a targeted capacity of 1.3 million tons of broiler chickens annually. In light of such strategic measures, Tanmiah is firmly positioned to unlock several growth opportunities and further reinforce its competitiveness in the regional poultry market.

A significant milestone for Tanmiah is the strategic partnership with Tyson Foods, which was recently completed. This collaboration, which is expected to foster growth and generate significant shareholder returns in the short and long term, demonstrates and strengthens Tanmiah’s commitment to supporting Saudi Arabia’s food security and self-sufficiency objectives. With the potential for several avenues of significant value creation, Tanmiah is set to witness substantial enhancements across all stages of the supply chain while gaining exposure to advanced production techniques and industry know-how to further support the Company’s focus on sustainability and innovation in food production.

The domestic operating landscape is characterized by favorable dynamics, including sustainable economic growth, a rapidly expanding population, and a relatively high consumption of poultry per capita. Industry reports also indicate that KSA’s poultry market will experience a steady growth in the coming few years.

Moreover, a variety of government-supported projects, both direct and indirect, as part of Saudi Vision 2030 are expected to positively impact Tanmiah’s market share, due to increased investment in capacity, production, and distribution across Saudi Arabia and the MENA region. The Company’s wide range of products, solid sector experience, and fully integrated and highly efficient business model will strongly position it to capture market growth and deliver sustainable long-term value to shareholders.

Meanwhile, the global Halal food market is expected to achieve unprecedented growth over the long term, with industry reports pointing to a Compound Annual Growth Rate of nearly 10% by 2032. Such trends are conducive to Tanmiah’s growth, particularly in light of the strategic partnership with Tyson Foods.

Tanmiah uses a strategic, integrated approach to achieving environmental and social sustainability through its Giving, Earning, and Sustaining model. The Company’s sustainability framework aims to promote a net positive approach towards all its activities and includes various initiatives involving the community and environment, workplace, innovation, and animal welfare. Tanmiah’s environmental practices are aligned with best practices, and the Company endeavors to improve them continuously.

Furthermore, Tanmiah has recently announced the launch of another edition of its $1 million global Omnipreneurship Awards Sustainability Challenge. The challenge is to discover innovative technological solutions to transition from imported corn and soy-based feed to sustainable, domestically produced poultry feed.