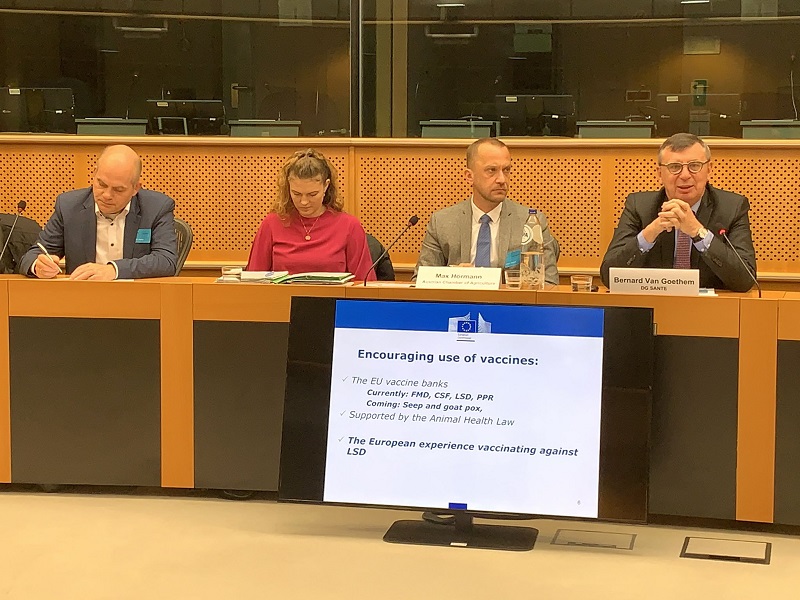 In an event hosted by new MEPs Martin Hlavácek and Simone Schmiedtbauer, EU officials met with AnimalhealthEurope and interested stakeholders to discuss the critical role of vaccines in preventing animal diseases in Europe.

“When we are having to deal with such issues as climate change, new diseases like African Swine Fever, an increased need for sustainable farming and an urgency to address the challenge of antibiotic resistance, we must do more to prevent diseases in animals from the outset. Treatment will always be important, and when animals fall ill with a bacterial illness, there is no alternative to antibiotics. But today the focus is increasingly shifting to disease prevention and animal resilience as well as earlier diagnosis to facilitate better interventions to improve animal health. We ask EU officials and new MEPs here today to make prevention a priority,” said Feller.

The roundtable included interjections from Bernard Van Goethem from DG Health and Food Safety who spoke about the EU’s track record in responding to disease outbreaks. Max Hörmann from the Austrian Chamber of Agriculture also shared insights from Austria’s livestock sector, highlighting the use of biosecurity measures and diagnostics to keep animals healthy and prevent disease spread. 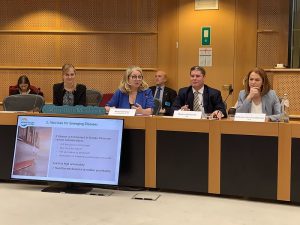 MEP Martin Hlavácek shared his perspective on how topical debates on climate change and antibiotic resistance can influence decision-making, stating that it is important that debates remain evidence-based as much as possible. He recalled the fact that food safety in the EU is taken for granted, and that there is a lack of awareness on the interplay between human and animal health. MEP Simone Schmiedtbauer complemented this thought and noted the important role of vaccination for protecting both animal and human health. She pointed out, that animal owners who do not ensure necessary vaccination might do this due to a lack of knowledge in the science and that vaccinating farm and companion animals protects them from unnecessary harm, which is responsible ownership.

The hosting MEPs agreed to prioritise the topic of animal health in future discussions within the European Parliament to find ways to make a better world for animals. The long-term EU strategy of ‘prevention is better than cure’ was the main premise throughout the roundtable event, with the key takeaway being: To address future challenges we need to develop new vaccines and we require responsible use of antibiotics. More resources are needed for research into further ways to protect animal health in the future while addressing AMR, and also to redress misinformed societal perceptions with appropriate communication.