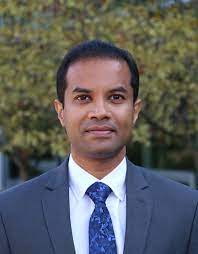 Novus Gives and Receives at this Year’s PSA Awards

While Novus International, Inc., has been a long-time supporter of the Poultry Science Association’s annual award ceremony, this year is extra special with one of the feed additive company’s own named an award winner.

Vivek Kuttappan, Ph.D., Novus research scientist, was named recipient of the Early Achievement Award for Industry. This award recognizes the achievements of Poultry Science Association (PSA) members in the early stages of their career in the poultry industry.

Kuttappan, who has worked in poultry physiology with Novus for five years, said he was honored and humbled to receive the award.
“I joined PSA in 2009 and so many people in the organization have inspired me to keep exploring different ways that science can impact bird growth and health,” he said.

Kuttappan’s research at Novus focuses on broiler meat quality and poultry gut health – two areas that can directly impact the success of poultry production. Along with his research at Novus, he collaborates with academia to solve gut health challenges in antibiotic-free production and investigates non-antibiotic strategies to control necrotic enteritis, coccidiosis, and salmonella.
He holds a patent for a novel molecule to improve gut health in broilers, and his work has been included in scientific publications: 38 peer-reviewed journal articles and 57 abstracts cited by researchers worldwide. As a subject expert in solving poultry meat quality challenges, he has presented to the industry and academic institutions globally.

Kuttappan received his doctorate in poultry science from Center of Excellence for Poultry Science, University of Arkansas and a bachelor’s degree and master’s degree in veterinary science from Kerala Agricultural University, India.
While he’s received several awards for his work, Kuttappan said this is extra special for him.

“My doctoral advisor, Casey Owens from the University of Arkansas, nominated me for the award, which was hugely validating,” he said. “PSA is filled with people who really care about the poultry industry. They are glad to offer support and guidance to young and longtime professionals alike.”