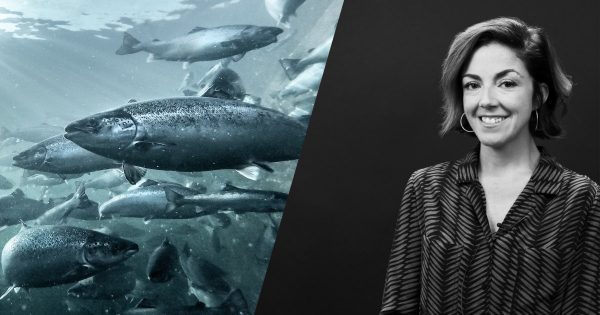 The Norwegian Institute of Food, Fisheries and Aquaculture (Nofima), in collaboration with Aker BioMarine, recently released a study looking into the health and fillet quality of Atlantic salmon after a period of dietary krill supplementation. The study, now published in the British Journal of Nutrition, investigates the health parameters and meat quality of Atlantic salmon fed a diet where fish meal was substituted with krill meal during the finishing feeding period. Overall results reveal that krill meal improved the welfare and fillet quality of the salmon.

“Antarctic krill meal has sparked the interest of marine researchers due to its nutritional profile. Previous studies have shown the proven effects of krill, with this study we wanted to uncover the basic mechanisms behind these effects, on farmed Atlantic salmon. The overall goal is to improve the systemic understanding of dietary krill meal effects on a biochemical, morphological and molecular level,” says Dr. Turid Mørkøre of Nofima and author of the study.

Researchers picked out 800 Atlantic salmon, weighing 2,270 grams each, and randomly distributed them across eight sea cages at the LetSea feed trial unit in Norway. The study experimented with supplementing krill meal (12%) in a low fish meal diet (5%) among salmon. All feeds were designed to meet the nutritional requirements of salmonid fish, with balanced EPA and DHA content. After 10-weeks, the fish were bulk weighed, and 20 fish from each sea cage were randomly selected for analysis.

“We knew that nourishing salmon with krill supplemented diets benefits salmon performance, overall health and fillet quality. With these new findings, we now also understand why,” says Dr. Tibiabin Benitez-Santana, Director R&D Fish Nutrition, Aker BioMarine. Adding, “This study is an important step in fish diet and welfare research. Krill represents the single largest marine biomass on Earth. That, coupled with its powerful nutritional value as shown in this study, as well as the sustainable methods of harvesting, make Antarctic krill meal a natural contender as a supplement in low fish meal diets.”

Antarctic krill meal is considered one of the few truly sustainable marine sources of protein for aquafeeds. With a nutritional profile consisting of proteins, amino acids and ash contents, it serves as a viable alternative to fish meal. Due to this, krill has garnered interest from the research community, who seek to understand how the krill’s high levels of EPA and DHA, phospholipids, vitamins, nucleotides and natural astaxanthin impact fish health and welfare when supplemented in diets.

Aker BioMarine’s QRILL Aqua ingredient is fully traceable and is recognized as one of the most sustainable marine feed ingredients. Aker BioMarine was the first krill fishery to receive the MSC (Marine Stewardship Council) certification, the highest renowned sustainability certification on the market. Also, for the fifth year in a row, Aker BioMarine received an ‘A’ rating from the Sustainable Fisheries Partnership (SFP), an independent non-profit organization that evaluates the sustainability of global fisheries, meaning its krill fishery is in “very good condition.”