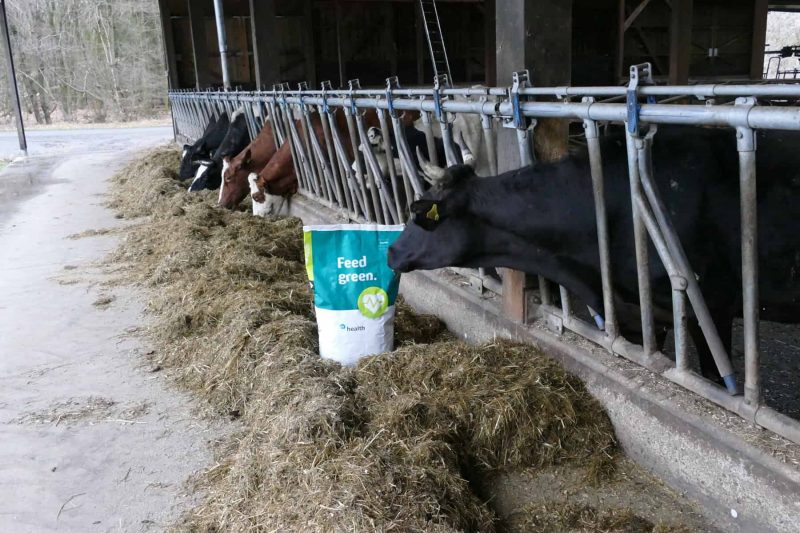 Inflammation: The threat to profitability and animal welfare

Inflammatory reactions are decisive factors in the everyday life of livestock. Elevated stress and inflammatory risks activate the immune system, not only weakening the animals’ health and well-being, but also expending additional energy. In the case of cows, for example, this could be to the tune of more than one kilogram of glucose per day. This energy is sorely missed by the animals not only when they produce milk, but especially in critical periods. A particularly critical one, when cows essentially have a negative energy balance, is calving.

If they have to expend additional energy on immune defence at such a time, they will lose body fat and put their liver and immune system under threat. This has far-reaching implications that go way beyond calving: literature shows that in some cases as much as 40 per cent less energy is available for subsequent milk production.

However, the clinical symptoms of such inflammations, such as ketosis, reduced fertility and loss of performance, often go unnoticed. Also, inflammatory parameters are not always obvious. Therefore the easiest parameter to use to determine how inflammation can be affected is performance.

Phytogenic complexes such as Anta®Ox FlavoSyn have been shown to reduce inflammation and thus, directly improve animal performance. But how early should they be administered? A recent feeding trial shows that when administered even before calving, they have a clear effect on subsequent milk yield and quality. These results show that Anta®Ox is the just the thing for strong, high-yielding dairy cows at any point in the cycle.

Helping cows even before they calve

To investigate whether Anta®Ox FlavoSyn can improve milk yield even before calving, 248 cows were observed in a practical trial from the beginning of the transition period to the end of lactation. Of these, 138 were administered Anta®Ox FlavoSyn at a dosage of 50 g per cow per day in addition to the total mixed ration (TMR) in the 18 days preceding calving. 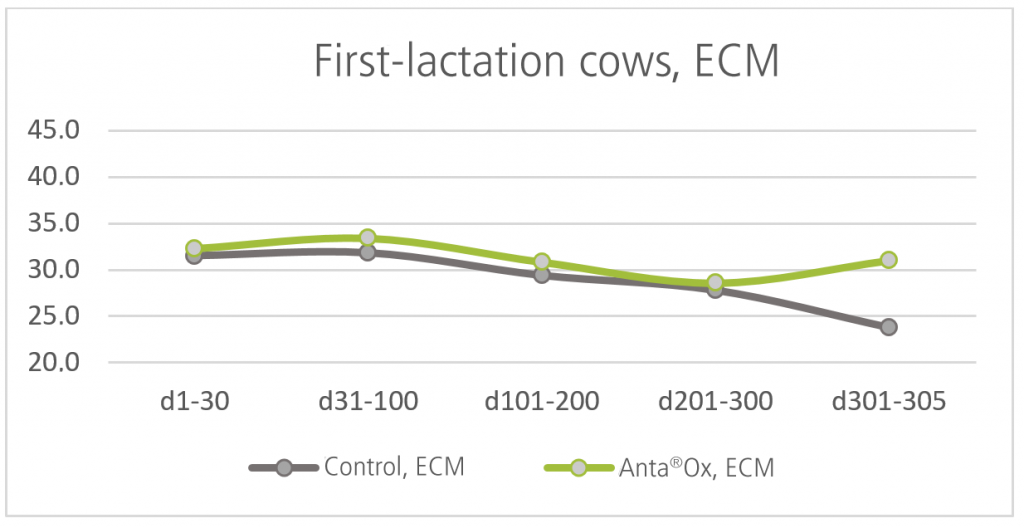 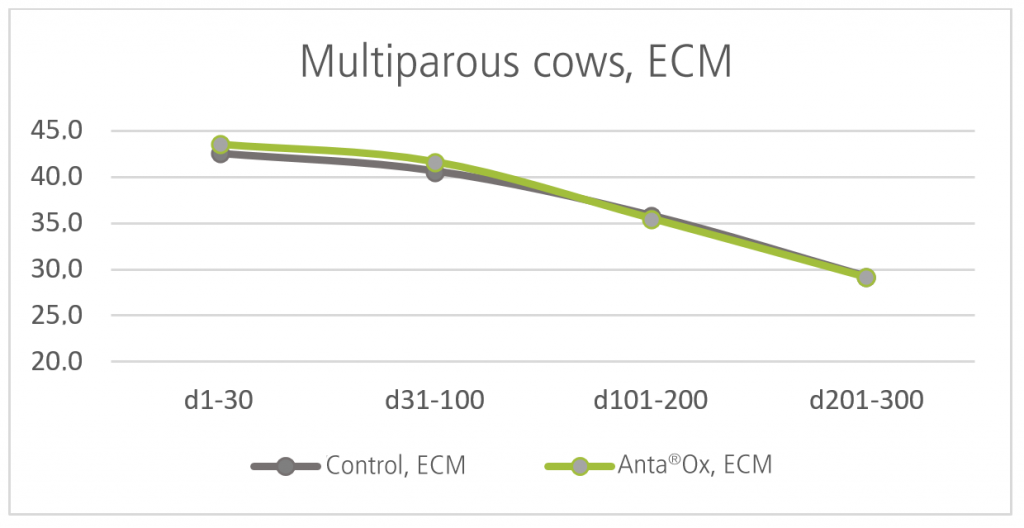 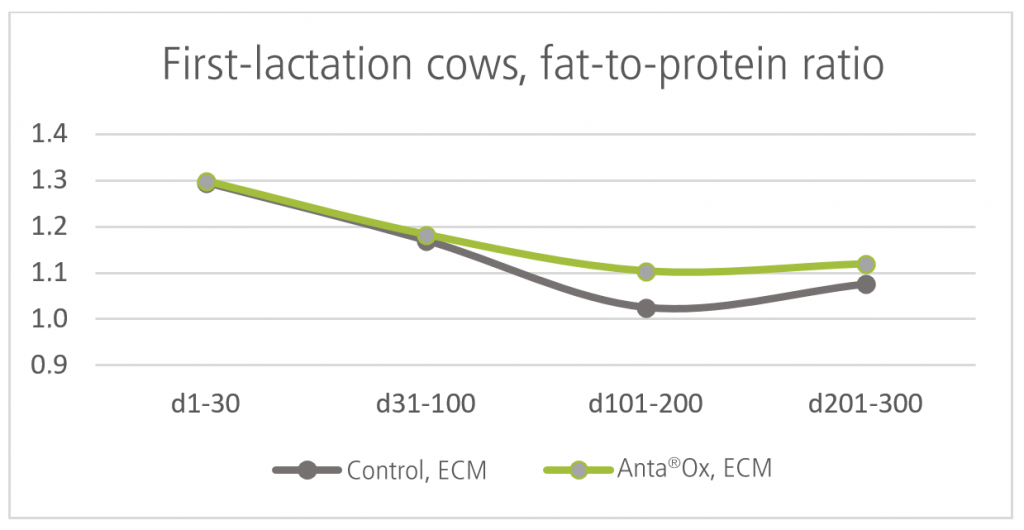 The fat-to-protein ratio (F/P ratio) shows that overall the dairy farm is within the desired range of 1.0 to 1.4. Typically, the ratio increases directly after calving, which shows that there is less available energy directly after calving. In the recent trial, the value is below the critical limit of 1.5, indicating that ketosis risk is generally low. Over the course of the entire lactation period, it is clear that the group of dairy cows administered Anta®Ox FlavoSyn levels off within the optimal range, both in the first-lactation and in the multiparous cows (Figures 3 and 4). In the case of the control group, the F/P ratio between the 101st and 300th day is lower, indicating a higher risk of fatty degeneration. 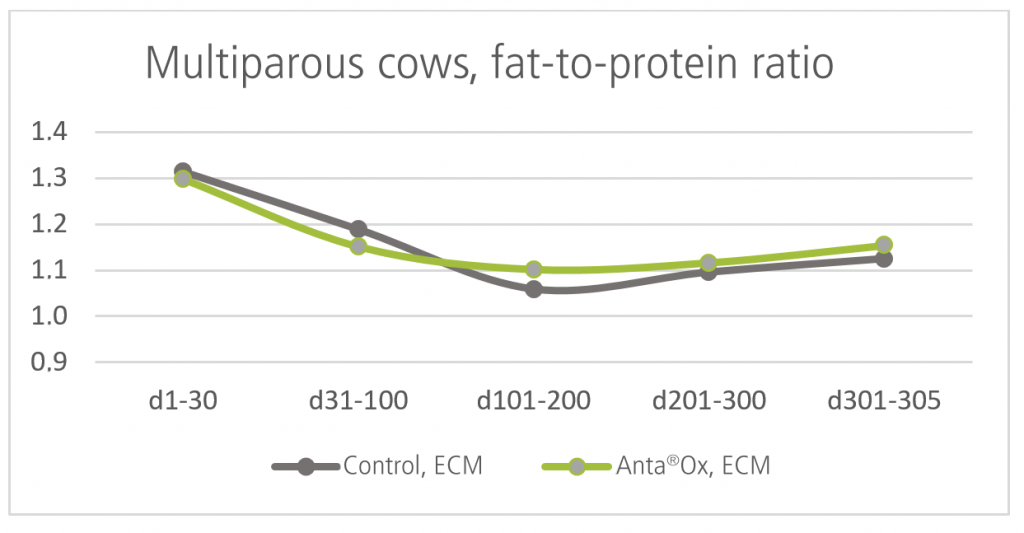 Anta®Ox early on: consistent yield throughout the lactation period

The trial shows that the milk yield of dairy cows can be positively affected from as early as the transition period. And the sooner the animals are helped, the better for their health, performance and yield. Anta®Ox FlavoSyn showed a positive effect, even in the short period of 18 days preceding calving. Therefore, it is ideal for inhibiting inflammation, increasing milk yield and quality, and promoting the animals’ long-term health in any period of life.