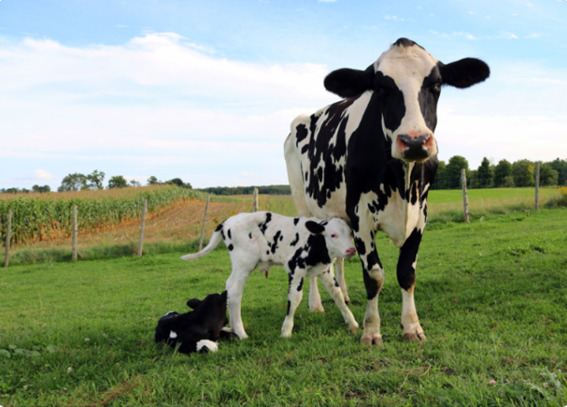 Parasitic infections are one of the main causes of disease and loss of productivity on livestock farms around the world, which is why their control is absolutely necessary.

Cattle are natural hosts for a large number of internal parasites. On this occasion, we will focus on three of the causative agents of digestive pathologies in dairy cows: cryptosporidiosis, coccidiosis and gastrointestinal nematodosis. Also, we will leave you with recommendations to control these parasites in dairy cattle farms.

It is a parasitic disease of worldwide distribution, whose main clinical sign is diarrhea in neonatal calves. This disease not only represents a sanitary and animal production problem, but it is also a zoonosis and there is a possibility that bovines act as a source of contagion, transmitting the parasite to the human population through food and water.

Bovine cryptosporidiosis is a self-limiting disease, in which clinical manifestations diminish between the 3rd and 4th week of the animal’s life. This does not mean that there is no excretion of oocysts, but that the organism of a young bovine will manage to generate local immunity to counteract the effect of the parasite and begin the regeneration of enterocytes.

About 80% of cases are caused by the protozoan Cryptosporidium parvum, although infections caused by C. bovis, C. ryanae, C. andersoni can also be found, this variation depending on the geographical condition.

Parasitosis is localized in the small intestine, with special predilection for the final parts of the jejunum and ileum, although occasionally it can affect the large intestine or the entire intestinal tract.

Its localization is intracellular, in the luminal border of enterocytes.

Sources of infection and routes of transmission

In ruminants, the main source of infection is the faeces of neonatal animals with diarrhoea, which can excrete between 1 and 10 million oocysts per gram of faeces.

Adult cattle act as asymptomatic carriers and can shed oocysts into the environment via their faeces.

Transmission of Cryptosporidium spp. to calves occurs at birth, from their mother, during calving or in the environment of the calving area. The minimum number of oocysts necessary to produce clinical manifestations is 25 oocysts/animal.

On the other hand, wild animals are also an important source of gastrointestinal parasite infection.

Accordingly, transmission of the parasite can occur by:

This name is often used to refer to the disease caused by eimeria. However, there are other parasites that belong to this subclass such as: Toxoplasma, Neospora and even crytosporidium. In this section, we will focus on eimeria as a cause of coccidiosis.

Like cryptosporidium, eimeria are cosmopolitan in distribution. They produce an intestinal infection that mainly affects young animals and causes diarrhea, sometimes bloody.

Several species of the Eimeria family. Twenty-one different species have been described in cattle, although only 13 are recognized. The two most pathogenic species are Eimeria bovis and Eimeria zuernii (Ernst and Benz, 1986).

The incubation period of these protozoa is 15 to 20 days (Georgi, 1985). Immunity to coccidia persists for 3-4 months, so in the absence of a constant threat, reinfection is likely to occur.

They are intracellular and invade the epithelium of the small intestine, especially the second half (jejunum and ileum).

Sources of infection and routes of transmission.

Cattle become infected by ingesting oocysts with feed or water.

The main source of infection of this disease in calves is feces with oocysts, initially excreted by cows and later, and in greater quantity, by young animals. Exposure to coccidia is almost immediate from birth; however, the critical stage of manifestation occurs between the 4th and 7th week of the animal’s life.

On the other hand, oocysts resist several months in humid and shady places, especially in common areas of drinkers, feeders and in the bedding, where a high number accumulates, so that in intensive farms clinical outbreaks can occur at any time.

The immune response to coccidia depends on the level and time of exposure. It is common for animals that have had the disease to be resistant to reinfection (provided there is no nutritional, management or sanitary interference). In addition, immunity is not sterilizing, since resistant animals continue to excrete oocysts into the environment, thus contributing to the continuity of the infection in livestock farms.

Coccidiosis usually occurs in young animals, from 3 to 6 weeks of age, although there can also be outbreaks in animals of 5 or more months.

In mild cases, the animals present diarrhea with or without blood, and may have anorexia and decay for a few days.

In severe cases, feces are more liquid and may contain mucus and/or blood, or directly pieces of intestinal mucosa. Tenesmus and even rectal prolapse may be seen due to strong straining. Animals start with weight loss, dehydration, prostration, apathy, which may end in death. 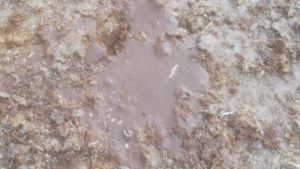 Massive ingestion of the oocyst causes infection of large numbers of epithelial cells, causing considerable damage before the sexual cycle of the parasite is completed. That is, an animal can develop the disease with diarrhea without detecting oocysts in the feces.

Gastrointestinal nematodes are the most frequent parasites worldwide, causing gastroenteritis, processes of chronic course and low mortality. It is mainly characterized by digestive disturbances, growth retardation and decreased production. The intensity of parasitization varies with age and especially with the production system.

Nematodes are cylindrical worms that inhabit the digestive tract of cattle and other ruminants. There are several families and genera, among which the following stand out: Trichostrongylidae (haemonchus, trichostrongylus, coperia, Ostertagia), Molineidae (Nematodirus) Ancylostomatidae (bunostomun) and Strongylidae (Oesophagastomum), Trichuridae (trichuris). 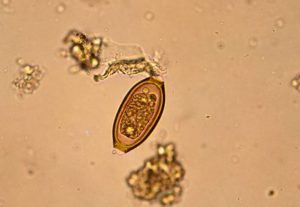 Sources of infection and routes of transmission.

Nematodes are parasites that are in the environment and can contaminate animals through the ingestion of infectious eggs. In other words, the route of transmission is oral.

In addition, when parasitosis becomes chronic, it usually goes unnoticed, causing great economic losses that remain hidden in the decreased productivity of the herd

Importance of deworming in dairy herds.

The three parasitoses described above affect dairy cows at various stages of their life cycle. Mainly, young animals are more affected, and then we can see how the animal’s organism is able to generate immunity to counteract the effects of the parasites. However, this immunity can be compromised by stress, nutritional or other factors, so it does not represent a real solution to avoid the pathology.

Until the animal achieves this immunity, the parasite has managed to make lesions in the organism and create symptomatology that affects the development of the calves and that can leave sequels in the adult animals that alter the future productive stage. On the other hand, the inevitable presence of these parasites in the farms represents a permanent risk of disease outbreak with its respective consequences in the profitability of the farmer.

Preventive measures are oriented to hygiene and good management of livestock.

Conventional dewormers and their obstacles.

The indiscriminate use of medicinal deworming products has resulted in the appearance of resistant parasites or the presence of residues in food, which represents a risk to human health, which is why the legislation is tougher when it comes to allowing the prescription of this type of products.

This has led the veterinary sector to reduce the preventive use of conventional dewormers and to symptomatology in farms that have taken preventive measures lightly.

It should be taken into account that, although the dewormers used control the infection, they also interfere with the development of the immune status and the correct functioning of the rumen microbiota, and can therefore immunosuppress the animal, causing clinical outbreaks of the disease and affecting weight gain due to rumen dysbiosis.

Our program is mainly based on a paradigm shift from cure to prevention.

The use of this program has the following benefits: avoidance of parasite disease in cows and calves, reduction of mortalities, boosting of the immune system and improvement of productive indexes such as growth and weight gain.

The use of our products does not generate any risk of damaging the microbiota. On the contrary, they are modulators that enhance intestinal health bacteria. They do not cause any damage to the environment and do not leave residues in the feed, therefore, they can be used in lactating cows. In addition, they are easy to apply and handle.

How to administer AMBiotec products?

45 days before calving, one of the following products can be used:

Cocciblock: phytobiotic in block form. Placed freely available for cows to access during the prepartum period to reduce the parasite load. We recommend one Cocciblock per 15-20 cows.

Cocci Cero: phytobiotic in premix: With the same indications as the previous one, but to be incorporated in the unifeed cart at a rate of 500 grams per ton of dry matter.

To calves on the first day of birth.

Cryptosin Digest Solution: phytobiotic in oral solution to be administered after colostrum intake during the first day of life. Due to its composition, it acts against Cryptosporidium and E.Coli parasites, helping also to prevent mechanical diarrhea caused by milk. Administer 50 ml directly in the mouth. 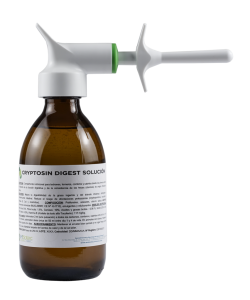 From the 2nd day of life until weaning.

Bilantul Rum: liquid phytobiotic to be administered directly in milk at a rate of 1 ml per liter of milk. This product acts directly on coccidian parasites, preventing them from damaging the intestinal mucosa, thus preventing the occurrence of diarrhea. In addition, it also favors the correct establishment of a balanced ruminal and intestinal microbiota that allows a better adaptation to the consumption of solid food, allowing the transition from lactating to ruminant without digestive processes that compromise the animal.

It is inevitable to completely eliminate cattle parasites, we have to learn to control them continuously by doing some good management practices and having prevention as a shield.

This prevention can be done with 100% natural products that do not harm livestock, the environment or human beings. For more information about our products you can consult the following link: AMBiotec products or contact our technicians.